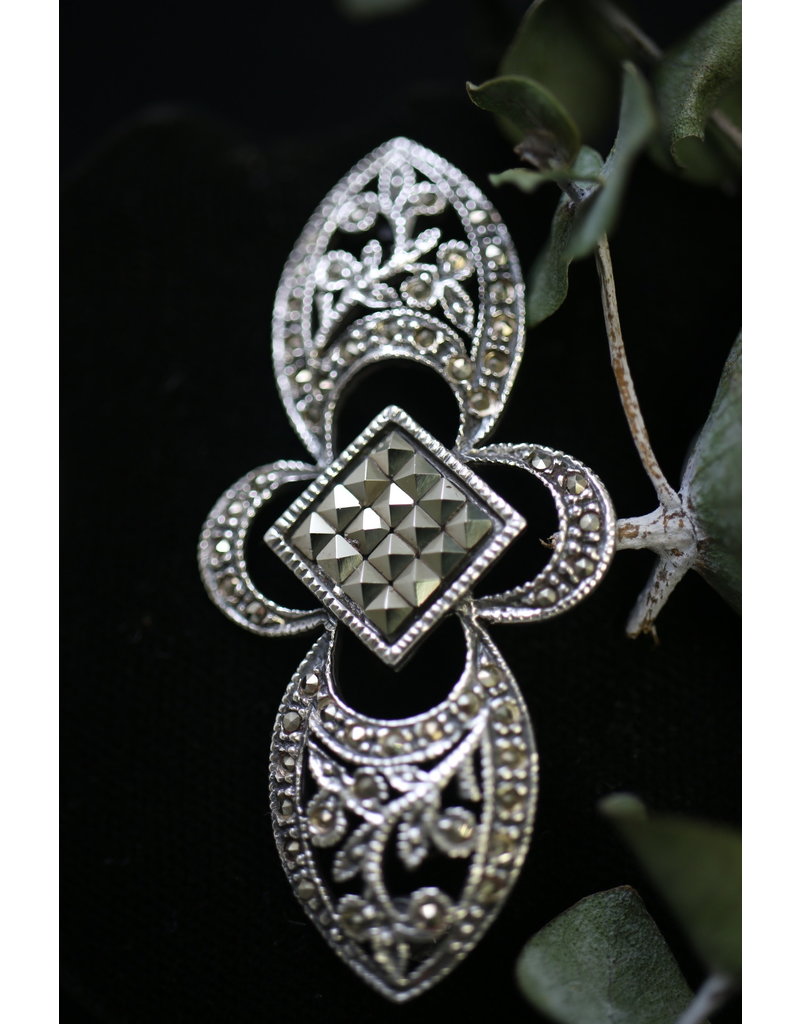 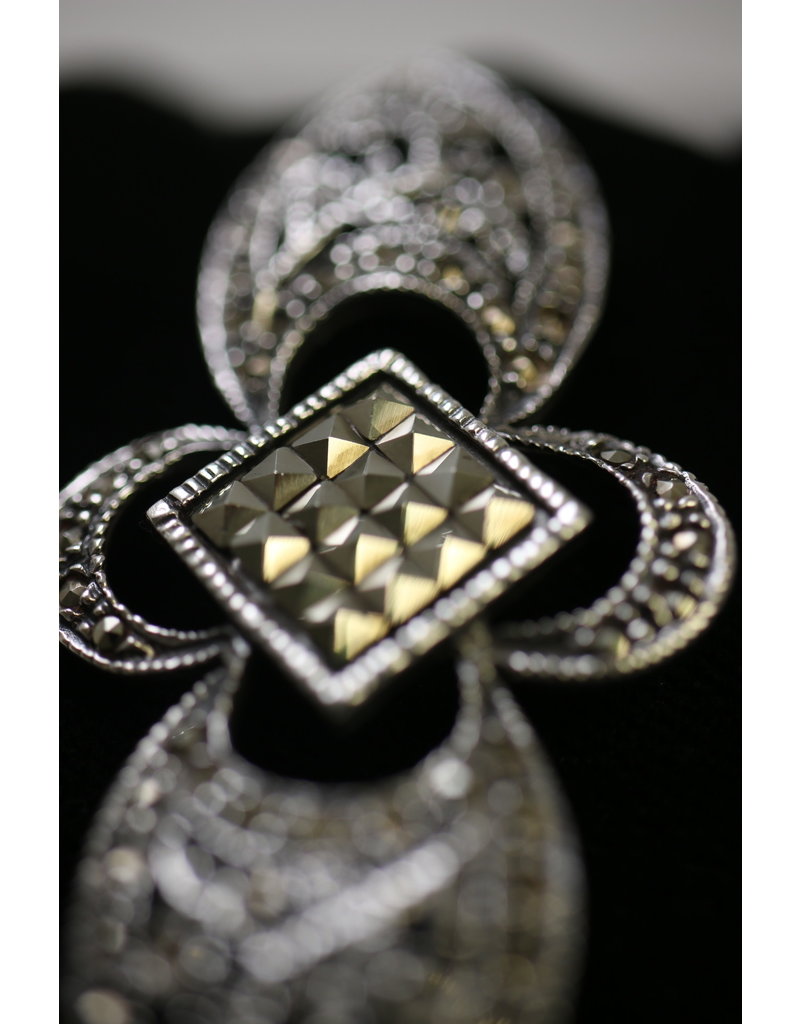 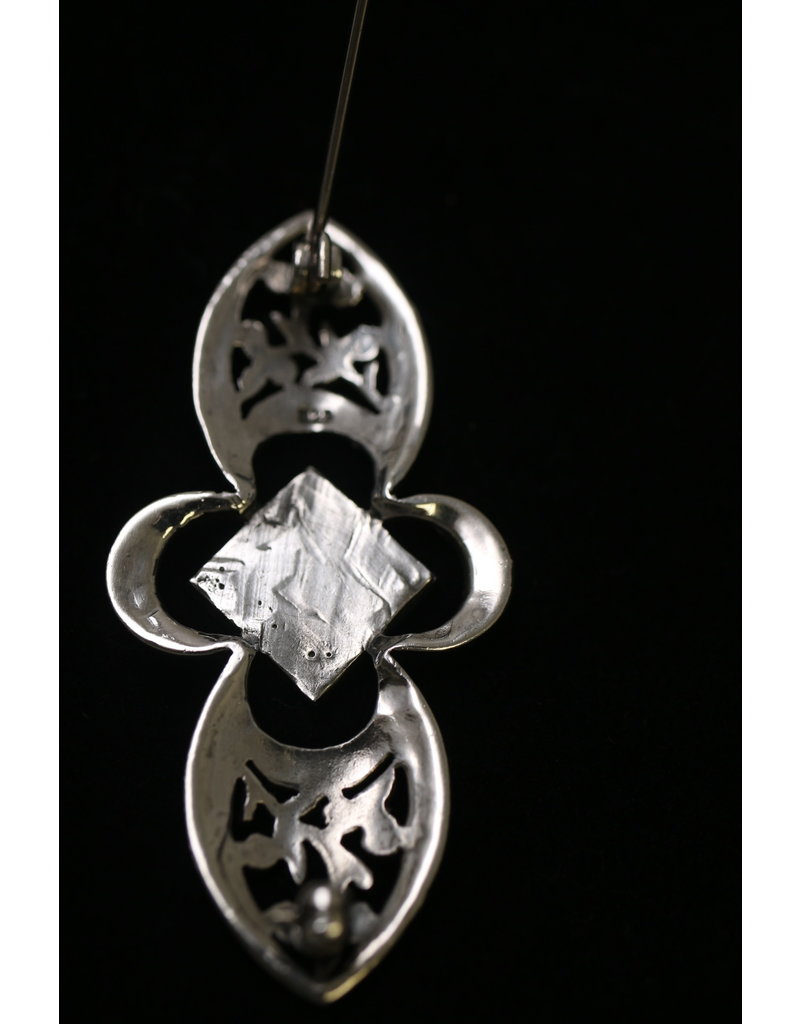 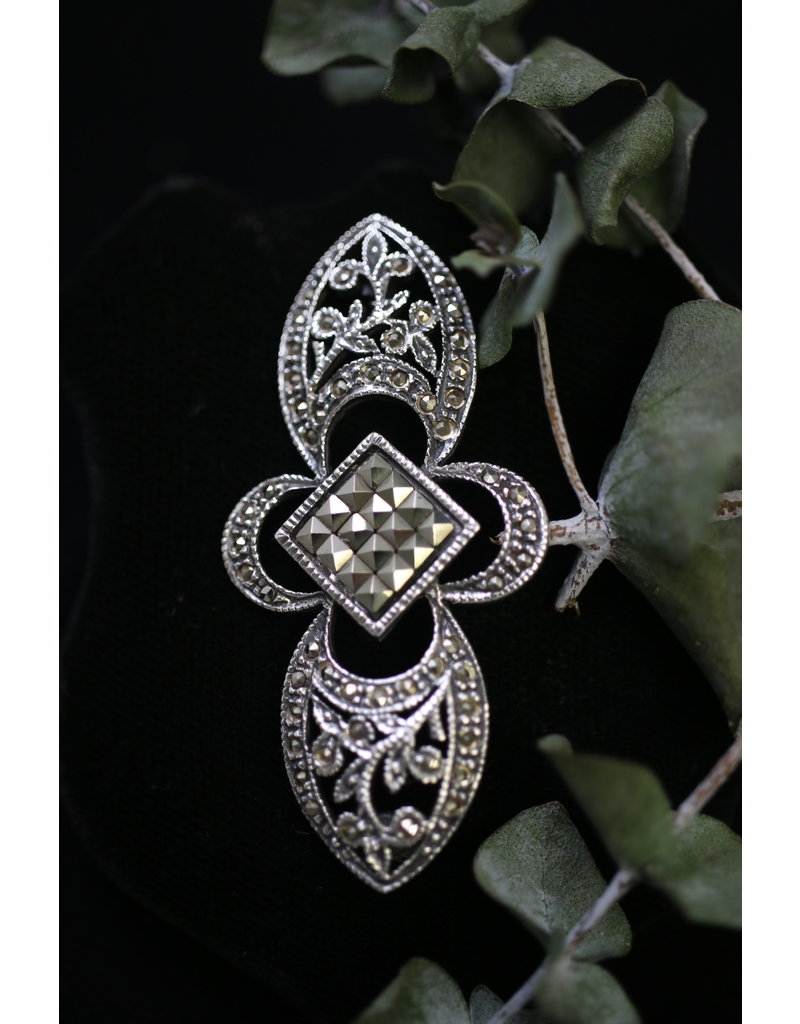 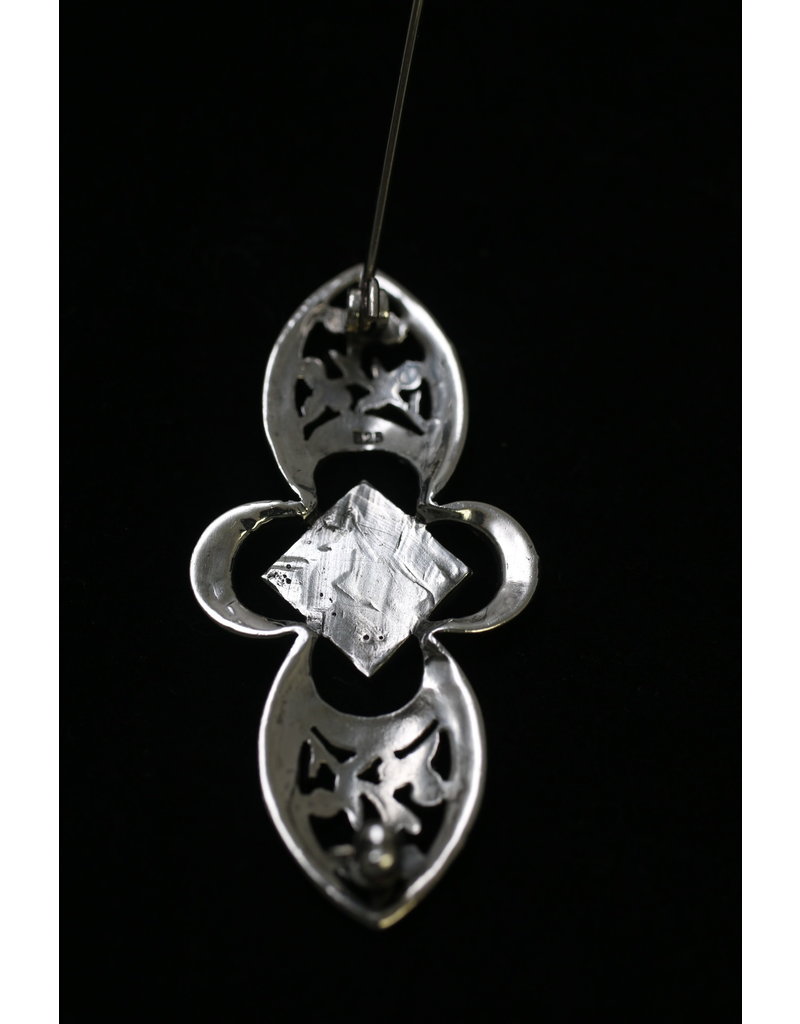 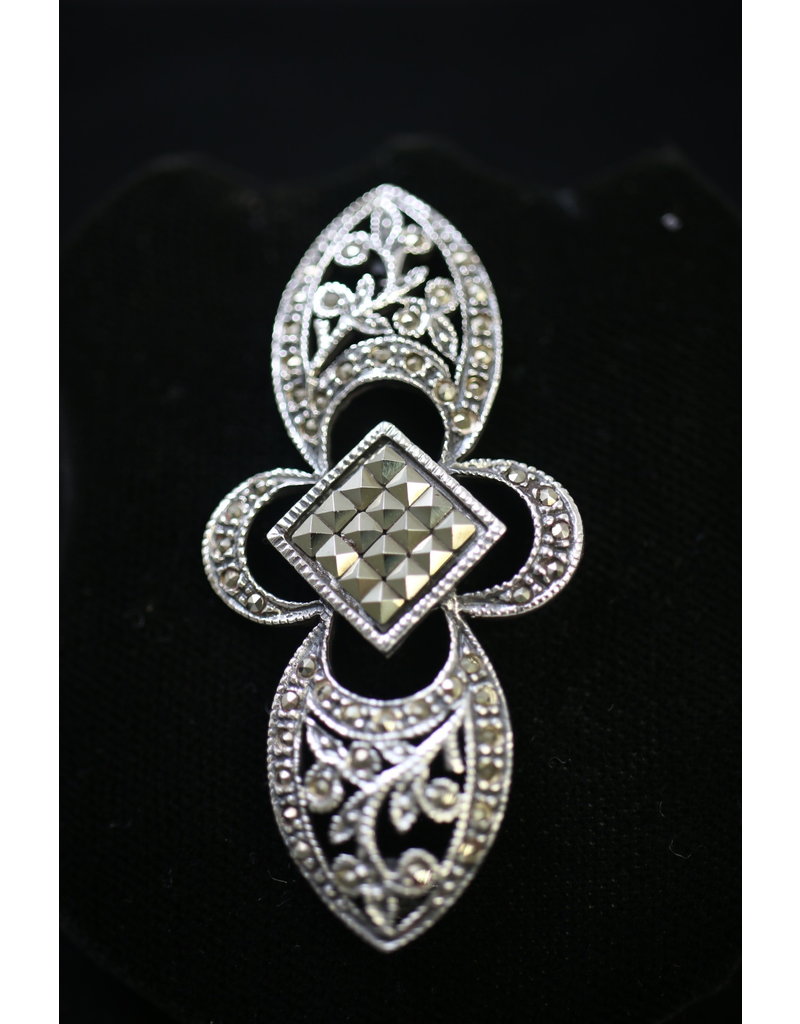 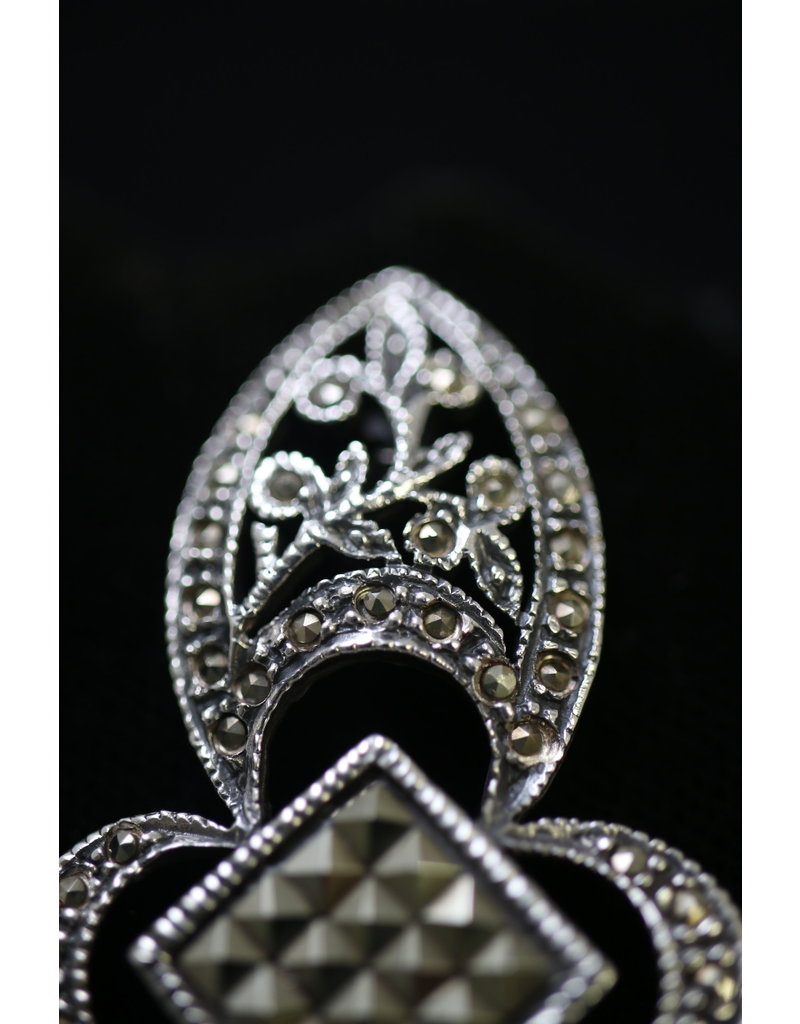 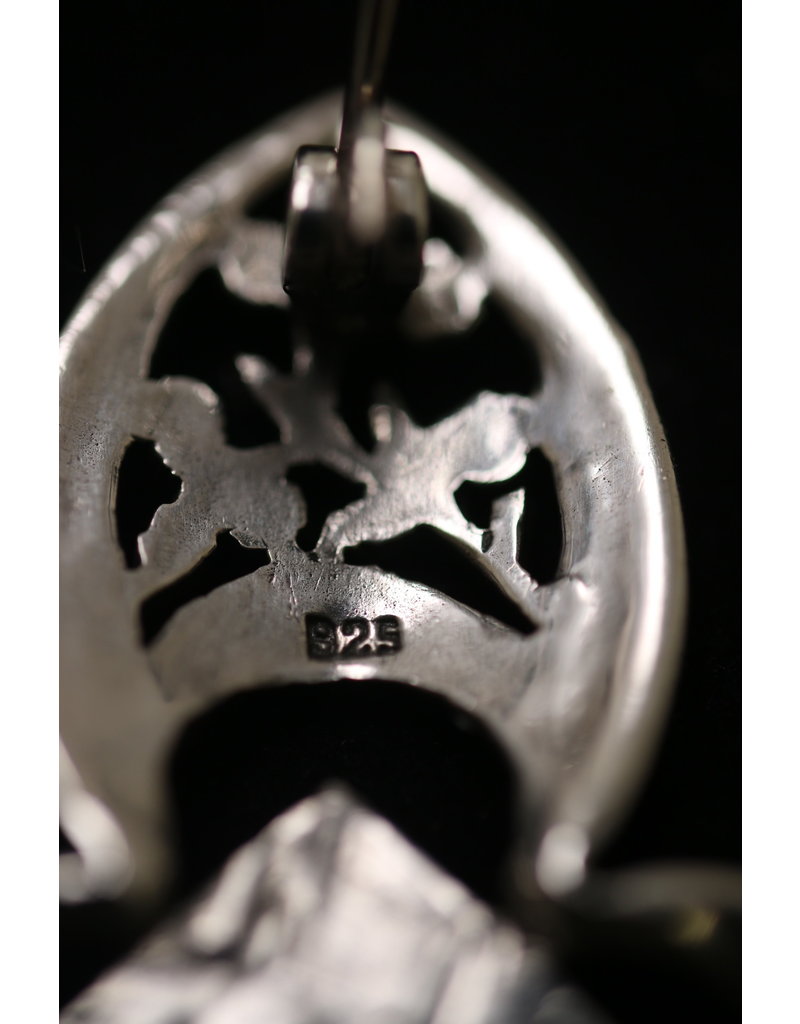 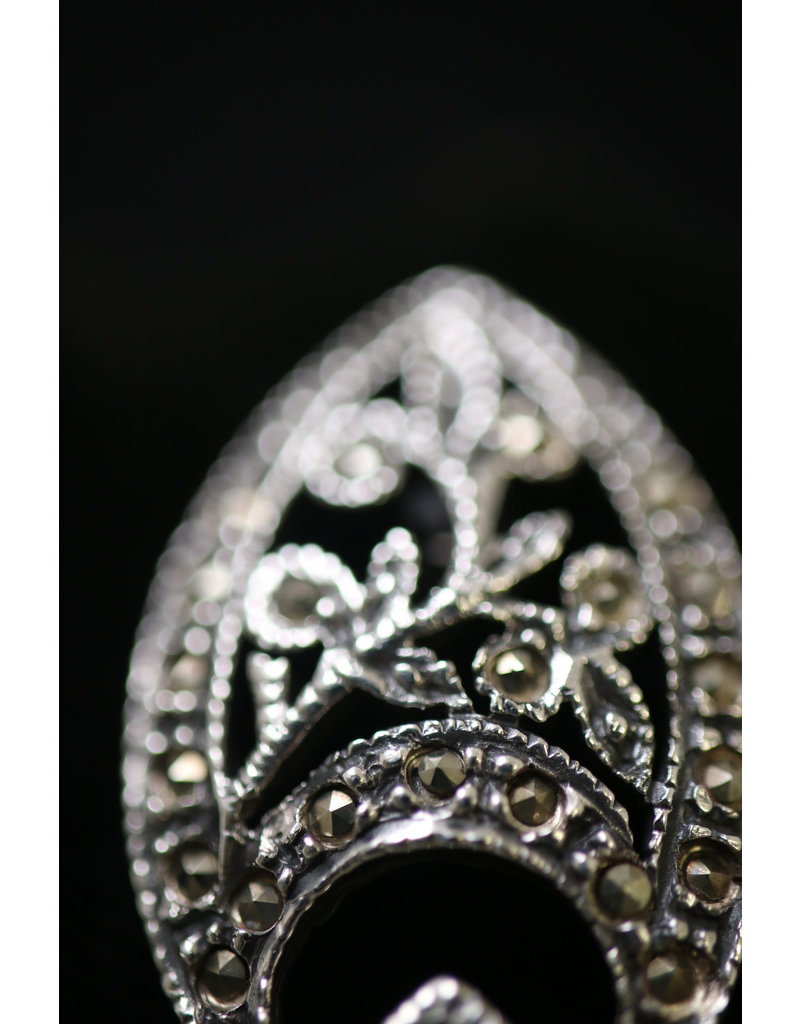 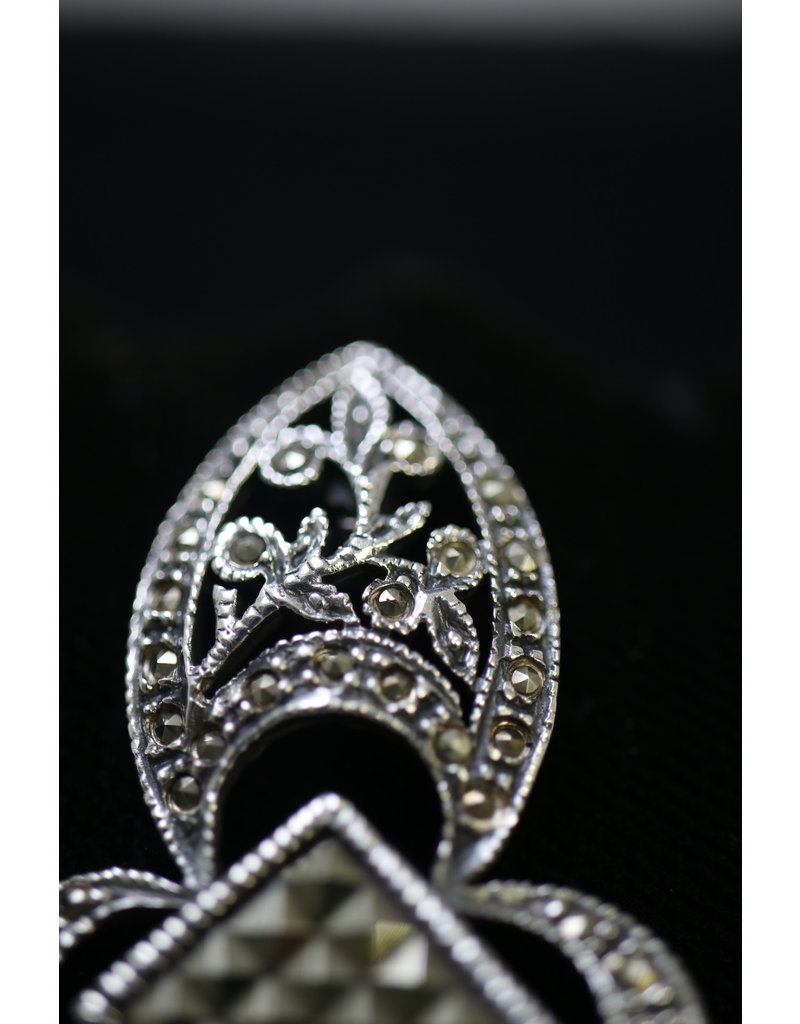 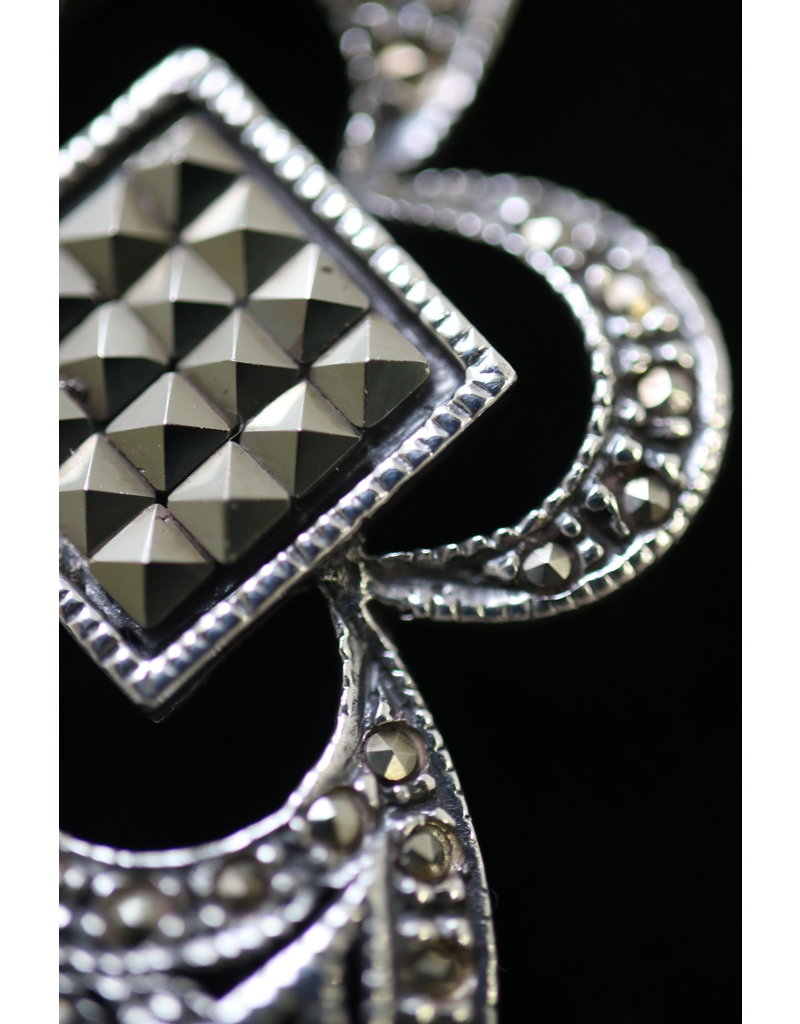 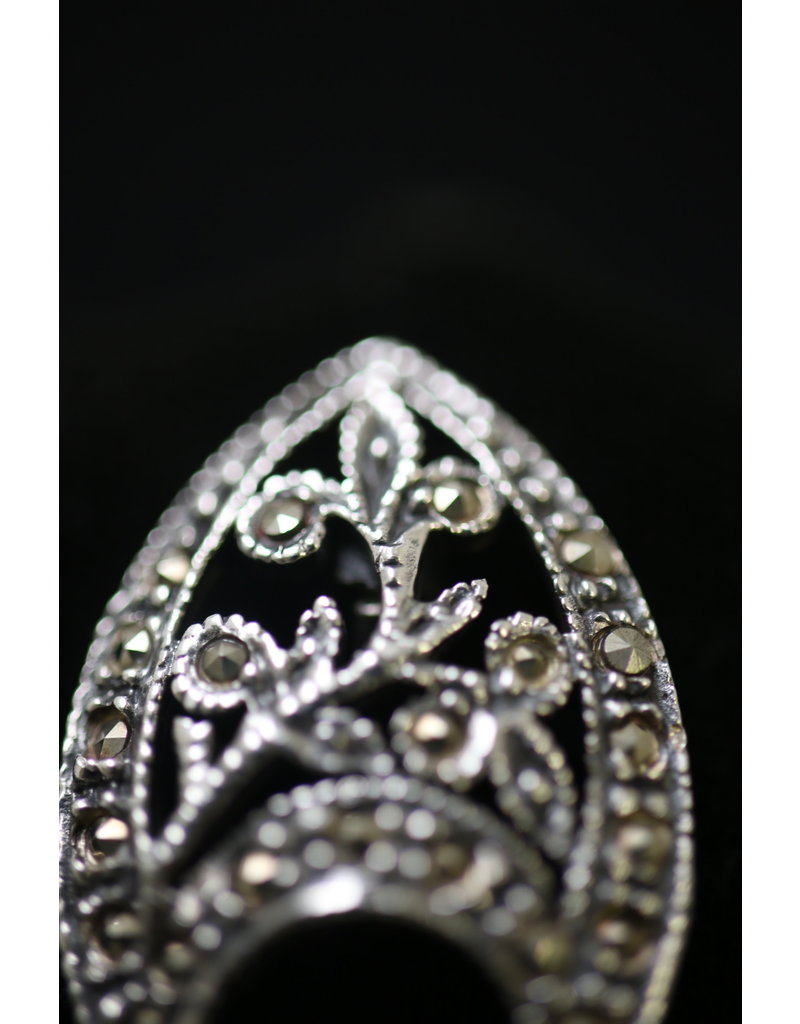 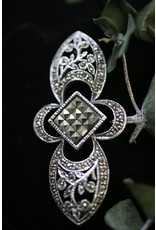 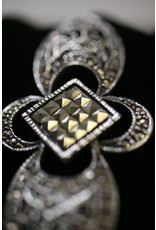 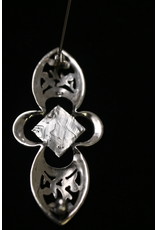 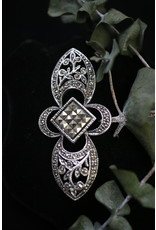 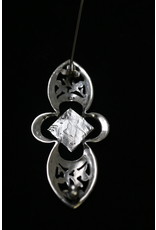 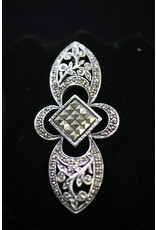 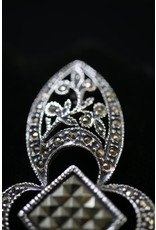 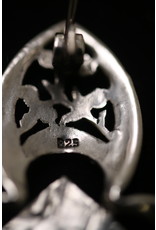 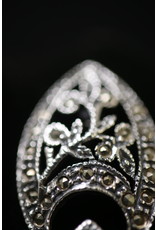 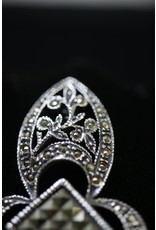 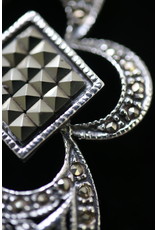 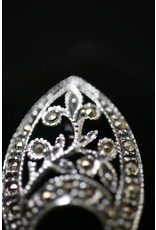 the diamond formations brooch has a Cutsteel element of Marksiet in the middle,

It has been suggested that polished steel jewelry dates from the 16th century.

This is based on a single reference from 1598 and it is far from clear whether steel is at all.

Less ambiguous evidence shows that around 1720 cut steel was manufactured in Woodstock, Oxfordshire.

Exactly what was produced is poorly documented, but by 1761 it contained worn items such as buckles and watch chains as well as scissors.

Exactly when purely decorative objects first appeared is also unclear, but "Stars for the nobility" are confirmed from 1778.

Production in Birmingham became common later in the century, with Matthew Boulton being a prominent producer.

One of the most important production items of 18th-century carved steel was the shoe buckle and it is possible that the decline in fashion for wearing buckles towards the end of the century caused the diversification of carved steel jewelry.

A Cut steel hairpin
France served as an important export market, but it was interrupted when the war broke out in 1793.

The popularity of cut steel in France may have been partly due to Sumptuary laws that limited who could wear precious metals and diamonds.

With the end of the Napoleonic wars, British producers started exporting again to France.

The quality and use of polished steel jewelry declined in the second half of the 19th century with stamped strips replacing individual rivets and pieces that became increasingly thin, the final production ended in the 1930s.

In the long term, steel jewelery has proved to be brittle, leaving relatively small quantities to this day.

the quality of the brooches is very good,

the size of the Brooches

the width of the brooches

weight of the brooches 9.3 grams